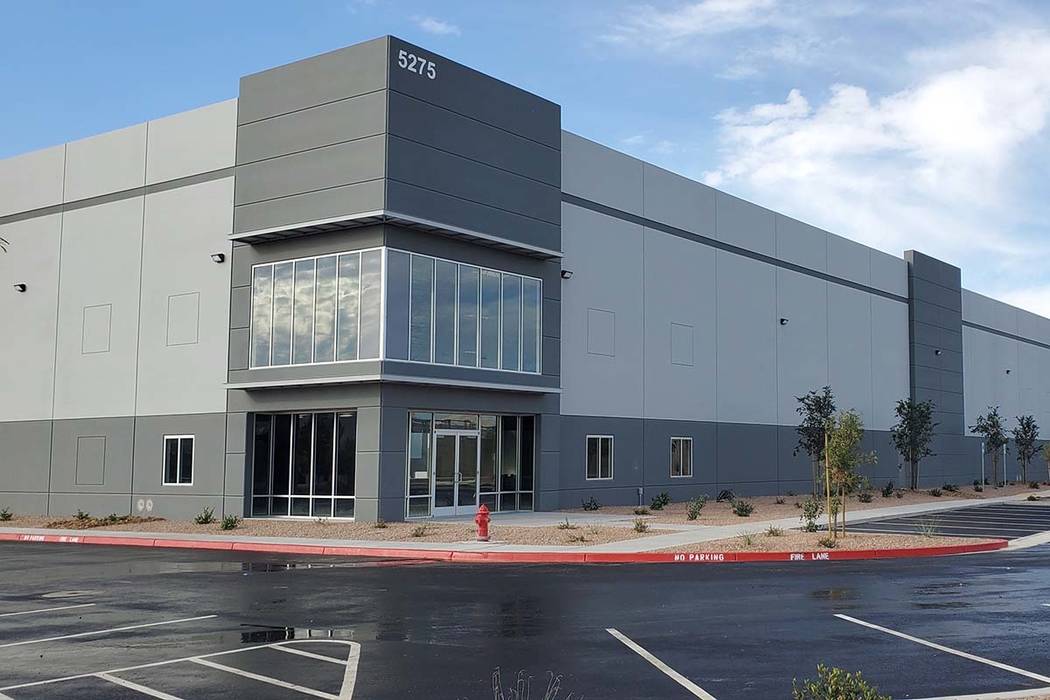 A Mississippi real estate company has acquired an industrial complex near Allegiant Stadium, figuring the proximity to the Raiders’ future home will help with marketing efforts, said a broker on the deal.

Southwest Commerce Center is less than 2 miles west of the Oakland Raiders’ future home. The proximity was not a driving force behind the purchase, though it helps with EastGroup’s marketing efforts, Colliers broker Jerry Doty said.

EastGroup vice president Mike Sacco said in the announcement that the purchase brings the company’s Las Vegas holdings to 754,000 square feet, all in the southwest valley area, and that his group is “extremely pleased with the prime location and high quality of these assets.”

He did not return a call seeking further comment.

The under-construction Allegiant Stadium, at Russell Road and Interstate 15 about a mile west of the Strip, is slated to open next year. The 65,000-seat venue’s pending arrival sparked a surge of interest in the mostly industrial surrounding area, and plenty of locals have figured developers will want to put up projects there to feed off the foot traffic.

Two parcels across the street from the football stadium sold for big prices after the Raiders purchased their land, and brokers and buyers have called nearby landlords to see if they would sell. There hasn’t been a barrage of real estate sales in the area, although two notable bulk deals were recorded this year.

Boston-based TA Realty acquired several industrial buildings within a mile of the stadium for $51.1 million, and the Raiders purchased more than 17 acres of real estate, also within a mile or so of the venue, for just over $28 million to use as future parking sites.

Las Vegas-based Brass Cap announced in January that it was building Nevada State Industrial Park near the Raiders stadium. EastGroup approached the developer the next month, Brass Cap partner Mike Chernine said, adding he believes they went under contract on the sale in March.

“We hadn’t even put up the first wall yet,” he said.

Chernine confirmed that the complex was previously named for the shape of its parcel and that EastGroup changed the name.

EastGroup, based in Ridgeland, Mississippi, owned 377 industrial properties and one office building in 10 states at the end of last year, according to a securities filing.